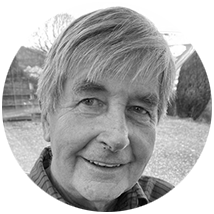 For a full and up to date CV, please email: ken.grant@nichad.org

Health systems strengthening, aid effectiveness, design and evaluation of health programmes and plans, public health with a focus on both communicable and non-communicable disease control.

Since 1992 have spent an average of 3-4 months per year on assignments in low/middle income countries. Almost all have been for governments and contracted by multilateral or bilateral agencies.

2017-2019 Technical consultant to and chair of Expert Advisory Group for the Fleming Fund.
This is a UK DHSS £240 million-pound grant programme aimed at supporting 24 low- and middle-income countries address Anti-Microbial. Led on both the design and monitoring of cross cutting issues (VfM, Alignment, Harmonisation and Sustainability) for the 24 country grants across West and East Africa and South and South East Asia.

2019 Better Health Programme in South Africa
This is one of the first UK cross government Aid programmes to MICs providing support from the UKFCO to the RSA government in health insurance and public health. Was Project Director for first six months and continuing as a consultant working to support NHI and NCDs.

Ken is British and lives in Scotland. Fluent English and passable French. When not working he sails skis and hill walks and runs a small ship cruise company on the west coast of Scotland -www.themajesticline.co.uk

Any cookies that may not be particularly necessary for the website to function and is used specifically to collect user personal data via analytics, ads, other embedded contents are termed as non-necessary cookies. It is mandatory to procure user consent prior to running these cookies on your website.